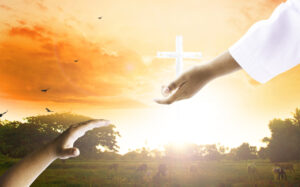 It’s been a time of healing, deliverance and restoration.

Don’t let anyone convince you otherwise.

See proof of that statement:

I joined the Prayer Academy in 2018. I’ve done every Prayer Program since then.

I have constantly battled and dealt with attacks from my father’s house.

I often saw serpents in the dream or felt at at times serpents were following me.

During Mike’s examination prayers of Sapphire Edition, I shared a dream in the Forum about battling evil from my Father’s bloodline and Eagle Grace recommended I go back to Prayer DNA.

At midnight I went into battle.

The next morning my father (who is not in the Prayer Academy but is a pastor) called me.

He told me he had a dream there was a big snake under a bridge and when he saw it all of a sudden a word appeared and he cut the snake into pieces and cut the poisonous tail.

He then told me (which he never has before) that he’d had dreams of serpents for over 20 years and never was able to kill them, But his time he did.

I was in shock when he told me and went into a great state of praise. I know that God is revealing victory.

So much so that the prayers of this Academy are slaying serpents from my father’s house in his dreams.

Here’s another example of …

Self-deliverance means effecting your release from captivity without the need for anyone to pray over you or lay their hands on you.

It means your prayer carries enough fire needed to break free from satanic chains and bondage once and for all.

(Please note what happened when the enemy left – there’s a lesson here):

“Last night something strange happened to me i prayed Prayer bullet number 13 of Day 5:

‘Any serpent hiding in any organ of my body, I address you by the Word of the Lord;

You are a stranger, therefore come out and die by fire now in the Name Of Jesus”

I prayed the underlined part over and over with aggression and holy anger and i started feeling strange movements in my body.

I continued firing the next thing i found myself on the floor rolling and making snake-like movements kicking and twisting like a snake.

I kept on firing the prayer bullet and it kept on happening.

I had no control of what was happening but i didn’t stop praying and it went on for sometime and then after i heard a squeaky like moan coming out of my mouth and my body was in a fetal like position.

Then I found myself praising and thanking God for setting me free.

Elisha this really happened last night when i was praying.

It’s not a vision or a dream it was so real.

Afterwards I stood up thanked and praised God for delivering me and i continued with my prayers.

I’m still in awe of what happened.

The prayers are so real and powerful and victory is certain.

I didn’t post this in the forum because of the grave contents of it and i didnt know  if i should have but i posted thanking God for delivering me and setting me free.

I finished Esther fast yesterday at 6pm but it was a battle i had never felt so weak.

when i logged on to the forum and wrote how i was feeling weak, the Eagles stood in the gap with prayers and encouragement.

I glorify God. He alone deserves all The adoration.

There is healing and deliverance in the name of Jesus.

… where we prayed non-stop against the spirit of death.

As we approach the end of the year, we now turn our attention to a crippling problem.

Did you know that 31 percent of people living on the earth today identify as Christians?

You wouldn’t know that little fact by listening to the so-called news.

Just because the Church appears to be weak and on life-support in the Western World doesn’t tell the whole story.

Elsewhere around the globe, there is a massive spiritual awakening going on.

It won’t be long until we see this scripture fulfilled:

For the earth shall be filled with the knowledge of the glory of the LORD, as the waters cover the sea. – Hab. 2:14

But that’s a story for another day.

As we approach the end of the year, I’d like you to think of this verse carefully:

Owe no one anything except to love one another, for he who loves another has fulfilled the law. – Rom. 13:8

Are you indebted to anyone?

It is time to get out of debt.

We continue to pray aggressively against the slave chains of debt.

Praise the LORD … we are seeing results!

In the Platinum sessions we will take it to another dimension.

“I Shall Not Pay My Tithes to Pharoah”

When the first lockdown started last year i lost my source of income and i used all the money that i had saved for rent to help a friend who was in more need.

I just thought lockdown was going to last for 3 weeks and I would go back to work and work for rentals.

3 months later still in lockdown and I was now owing my landlord 3 months rentals and he almost threw us on the street with my 3 kids.

That’s when I remembered I can pray and ask God to help me. He can take me out of this situation.

I prayed everyday at midnight asking God to open up gates of profitable employment so that I can have enough money to pay all the bills and put food on the table.

God did exactly that. God gave me jobs that I was able to raise three times what I used to earn a month.

I managed to build my own house wthin a short time.

The landlord cancelled the debt and we moved to a new place which was 3 times less the rent we used to pay.

God remains faithful if we put our trust in Him. He did it for my family and i know He will do it again.

I thank God for getting me out of debt.

I inherited a loan which was insured and filed a claim with the insurance company to pay off the debt.

The insurer dragged their feet until I was out of the claim period and when pressed paid only 50% using some funny clause which didn’t really exist.

This year I decided to repeat the Academy and whilst doing the prep prayers, the Divine Helpers Prayer Riot came in.

A day or 2 before the start of the riot I received an alert on my phone and when I checked it I saw that the remaining balance of the loan had been paid off.

I remember I was praying the prayer against the strongman of financial destruction so hard with a physical demonstration.

I am so grateful to God for the Prayer Academy surely he made it for us as He wants us to live a glorious and victorious life here on earth as well.

Let’s look at that scripture again:

Owe no one anything except to love one another, for he who loves another has fulfilled the law. – Rom. 13:8

Look at this next one:

The LORD will open to you His good treasure, the heavens, to give rain to your land in its season and to bless all the work of your hand; and you shall lend to many nations, but you shall not borrow. – Deut. 28:12

Please make a decision to get out of debt as soon as possible.

It is time for holy rebellion against the evil slave masters of debt.

Do not meekly submit yourself to their slave chains.

The prayers you are about to see will take the enemy by surprise.

The prayers are culled from a hot, new manual just out so no one has any excuse to remain in debt longer than necessary.

The manual is available here (48 hours only)

Please shout this with me:

Debt must die in the name of Jesus.

<<See the rest of the prayers here>>