Arise, LORD! Deliver me, my God! Strike all my enemies on the jaw;
break the teeth of the wicked

It is an example of a type of deliverance prayer called a “prayer bullet.”

Using prayer bullets is not only the simplest way to touch Heaven today.

It’s also the quickest way in existence to receive answers to prayers – and experience rapid spiritual and physical breakthroughs.

Prayer is everywhere you look…

Pastors talking about prayer on TV, Internet and social media.

And in thousands upon thousands of posts and videos all across social media.

Read on to see…

Three Reasons People
Give Up On Prayers

Christians all around the world are talking about prayer more than ever before. And sharing some of the most dramatic testimonies you’ve ever seen.

And it’s no wonder believers are sharing such spectacular testimonies.

Because prayer – especially deliverance prayer – unlocks the realm of the spirit for divine blessings to flow into the lives of believers daily.

All while ensuring your all-round divine protection from wicked attacks from the camp of the enemy.

Even though a way of life centered around prayer and the word of God brings so many blessings not just to the individual, but also to their families, communities, and churches…

Most believers never actually start living a prayerful life – or give it up within a few weeks.

And the majority of people never see the answers they desire.

There is power in deliverance prayers

Let’s see a few examples of the power of deliverance prayers.

“I would like to testify of this God who is mightily using elisha. Last year I was in serious debts and after taking the 101 debt-free prayer points, I was surprised that after owing debts amounting to 4 times my salary, that all had been paid up. I ended the year as a lender not a borrower. Am glad that 2018, l became debt free.”  – Silibaziso

“I cannot tell all that God has done for me through this ministry. I had experienced a lot of trouble in my marriage and I did not know what to do . Out of the blues prayers on the “two headed serpent” were sent into my in box and I embarked on them. The change was almost instant.

I also recommend marriage restoration prayers to any one experiencing problems in their marriage. The prayers are priceless! Firesprings ministries may God extend your territory in Jesus’ name Amen & Amen.” – Anne, Kenya

Deliverance prayer bullets is
the way out of terrible problems

·         Or think that you’re not anointed enough to pray and receive answers from God.

Deliverance prayer bullets have worked for thousands of believers.

And it will work for you.

“In December 2018 God amazed me by paying my USD 5,000 debt miraculously. Now you know why i take material that i come across from you seriously.” – Wycliff, Kenya

“I am a woman who had a lot of debts but God changed everything in my life. I was re-graded from being an assistant administrator to administrator this year and was back-paid from April 2013.

I used to nag and complain a lot but have changed to a prosperous, debt-free woman. I thank God for turning my life around. I am now  awake in the spirit, and can fight all evil attacks in the dreams.

I wrote my exams since last year November and have improved from being a failure to a successful woman that I never thought I will be. Praise the Lord.”  – Sarah K

“Thank you for the In-theatre way to attack the enemy.

It was early 2000, my dad started nose-bleeding. It didn’t improve and worsened to eye-bleeding (yes, bleeding from the eyes). We went to the best E.N.T surgeons in the country but they could not help, they gave up.

Then I had a dream.  Thousands of rat-like creatures with long nozzles were aggressively advancing and screaming for blood. I started praying in the dream and I was holding a gun firing without mercy to the ratlike creatures shouting in the name of Jesus die.

There was a massacre and glory to the name of Jesus,  the bleeding stopped the very next morning  till today, more than 12 years later. In-theatre attack works.”  – Justice U

Lynette has tasted the miracle working power of deliverance prayers.

“I was in a horrible position for some years. I was out of a job. If I got offers it was low pay. I embarked on the 40 prayer points, and then I started to see the light. I got a great job. I was in debt for over 20 years.

I continued the same month I got paid from my job into prayer academy. Now I am free from an age old bondage of debt. My marriage is a heaven compared to how it used to be.

Things just turned around after some years through the prayers sent by Prayer Coach Elisha.”

“I’ve got a testimony. Let God be praised. I love that prayer bullet. I couldn’t last in a relationship before but I tell you now that my fiance who left me is back again and we are on fire.

God I thank you. I was given removal letter from my work after fasting but they called me today. They want me back! Hallelujah. Thank you more than you will ever know. God bless you always.” – Irene, South Africa

“I was introduced to you by a friend, my life was so messed up, I lost a job,a car and the project of building a house stopped. People laughed at me even Christians in my church. I took a decision to pray every day. It was not easy but I knew something was wrong.

There was a snake that used to attack me in the dream. I prayed and killed it in my dream. To cut the story short I was expecting money and I used your prayers for about one year. On the 16 of August I was in court I got paid a huge amount of money that has shocked me and my family. God doesn’t disappoint. Praise the Lord.”   – Miss Victoria

“I want to thank God for all the motivation l got from you. I have always wanted to join the Prayer Academy but l didn’t.  Sometimes I tell myself if l had joined, my breakthrough would have come quicker.

With the help of my friends and your prayer bullets, 5 years of broken marriage has been restored.  This December we will spend xmas as a family.” – Chido, South Africa

“How I Got Out of Debt, Married My Godly
Spouse And Jump-started My Stalled Career”

“I once joined the Prayer Academy in 2015. After re-reading Elisha’s course again and again I got it. I went back to university, graduated and wrote my first book same year. But God had not finished with me yet.

I miraculously became mortgage-free at 48 years of age and bought my new property cash. My biggest debt gone just like that, I’m still in shock. It’s not easy to do this here in the UK. I’m not even a British by birth. I came here from Africa. I could feel my chains break.

Listen I’m not saying I suddenly became rich. I’ve read, prayed and taken action about debt from Elisha’s notes. I practically followed everything word for word. I also got married four months later to my best friend and childhood sweetheart who I have similar religious beliefs. We went to Sunday school together and same primary school. I prayed for marriage because my first marriage failed.

Elisha’s teaching on this one is not for the faint hearted. I tried these prayers before and quit. But I went back and prayed them like crazy… now I own my house now without a mortgage, I got married same year. I have many more things that are happening.”    – Eagle Anne, U.K

Three Reasons People
Give Up On Prayers

Many believers are too embarrassed to admit it.

After a few minutes of prayers they run out of things to say. They go silent.

Often, they wonder how someone can pray for one hour, two hours and beyond.

What is responsible for this?

Lack of training. Plus no prayer support.

In most churches many people join the choir and attend choir practice – to be trained to sing well.

These are all good.

Have you ever seen a church with prayer studies/practice … anywhere in the world?

In my entire life I’ve only seen one or two (and I’ve visited many continents of the world).

How then are believers supposed to learn how to pray and receive answers from the throne of God?

The disciples of Christ had this same problem at one time.

So they asked to be taught.

Once you learn to pray, this problem will become a thing of the past.

… coming directly from the throne of God Himself.

If you have been praying without being taught how, you will most certainly face this problem.

You could be praying amiss.

Your prayers are not targeted at all.

It is like firing a gun without aiming at anything. You are just hoping it hits something.

But there is something better. And super-effective when you desire to receive answers to your prayers (more about this in a moment).

Reason #3
“I Get Discouraged Easily”

I don’t blame you for getting discouraged.

I would be too, especially since no one seems able to explain why some pray and receive answers while YOU pray and…

Discouragement is one of the biggest weapons that the enemy uses to turn believers away from prayer.

And if you do not have a support group to encourage you, or stand in the gap for you, you’re most likely going to give up prematurely.

Let Me Explain What
A Deliverance Prayer Bullet Is

It is a verse of scripture, usually taken right out of the Bible.

Converted into short, sharp, furious-sounding prayers that you can pray over and over again.

In the realm of the spirit, it sounds like a bullet released from a shotgun.

In Psalm 118 verse 17 we read this warfare scripture:

“I shall not die but live and declare the works of the Lord.”

When you turn it into a prayer bullet it can go in several directions, like this:

·         Every agent of untimely death, my life is not your candidate, therefore carry your evil load and die in the name of     Jesus.

Now, notice carefully that this is not “vain repetition” which the Bible warns against.

Because you are creating the prayer bullet directly from the Word of God… which stands sure forever.

A prayer bullet created in this manner packs real power.

2.    It can rebuild your marriage and relationships.

4.    It can flood your life with divine favor.

6.    It can destroy addiction to any substance or drugs.

9.    It can turn you into a terror to your enemies in the dream.

10.  It can help you to live in dominion over witchcraft and other beggarly powers around.

There is a prayer bullet for every conceivable situation in your life! 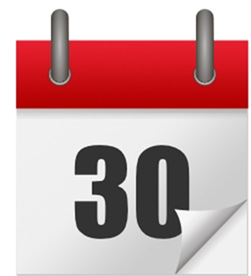 Thank you for reading and (hopefully) using some of the prayer tips here.

P.S. Your problems have an expiry date. Learn More >>